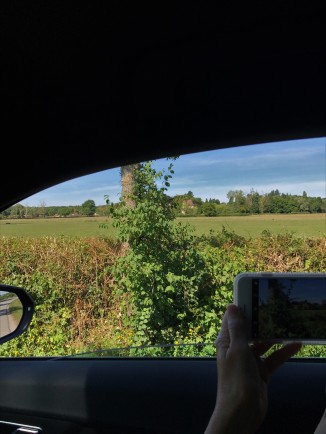 With the purity and simplicity of Fleury and Noirlac in the rearview we press on, staying south of the Loire River we head for the little town of Souvigny. The road varies, sometimes a simple one lane asphalt track without lines, bordered by tall hedges and large fields full of soybeans and corn ready for harvest.

In the distance the red tile roof and brick wall a farm house peeps out from the wooded verge of a flat field. The similarity to our mid-western farmland is impressive. We could be driving in southern Illinois. 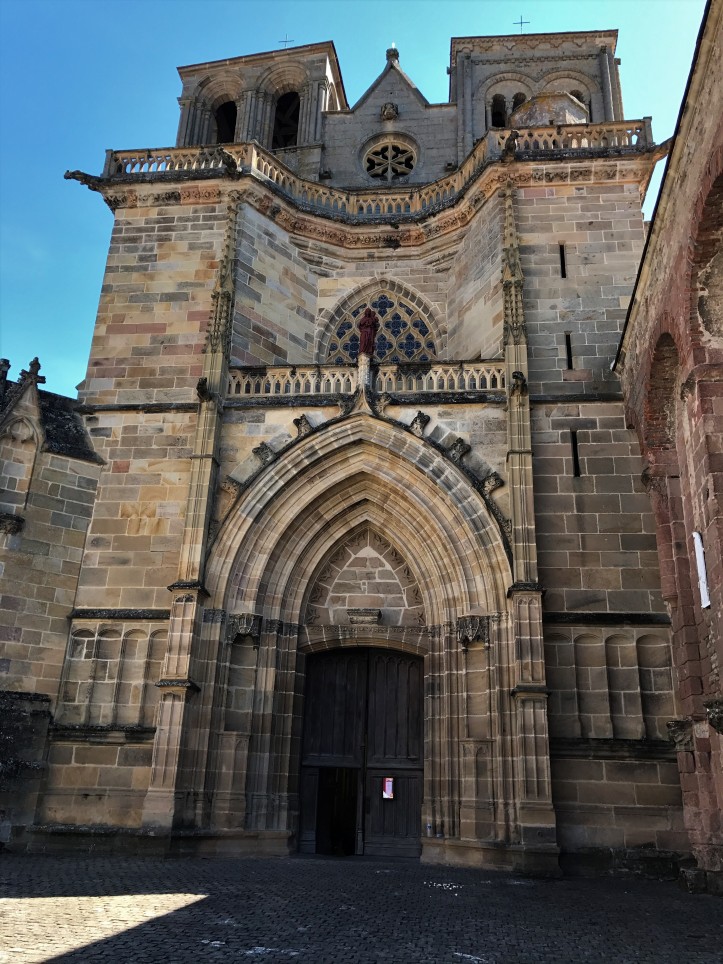 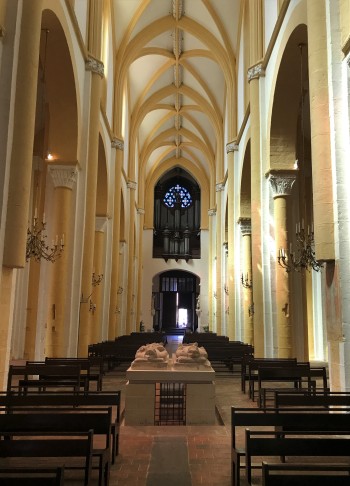 The church is a fascinating mix of Romanesque and Gothic gestures. Roman arches and Gothic vaults compete for supremacy in a chaotic collection. The west front features a Gothic gate in front of the Roma western towers. 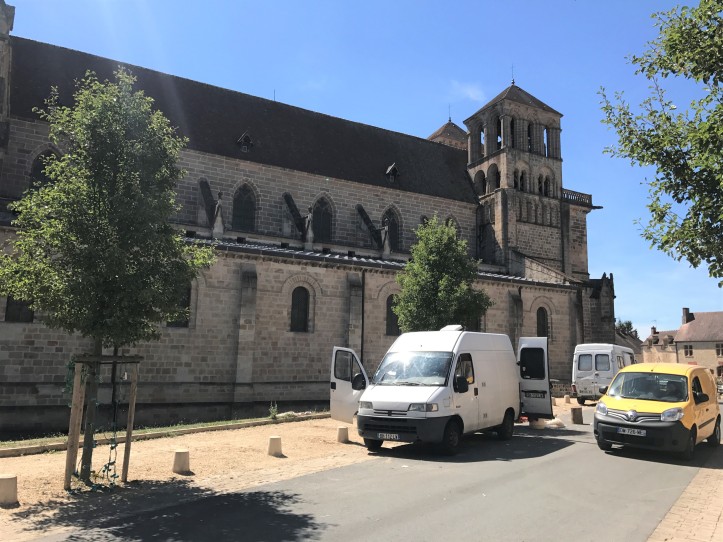 This mixed message is in part due to the early establishment of the community at Souvigny an outreach mission of monks from Cluny. Cluny which was the most forward looking community with the most exciting and adventurous architecture populated by a wild array of beasts, devils, angels and biblical stories.

We don’t see much of this here at Souvigny but we are treated to a quite high Gothic Chapel which holds the tombs of some of the Bourbon Royalty. The chapel is worth the trip even though it was locked off when we were there.

We could see it well through the screens that divide it from the main nave of the church. St Mayeur and St Odilon former abbots of Cluny are entombed in the center of the church, in front of the altar. 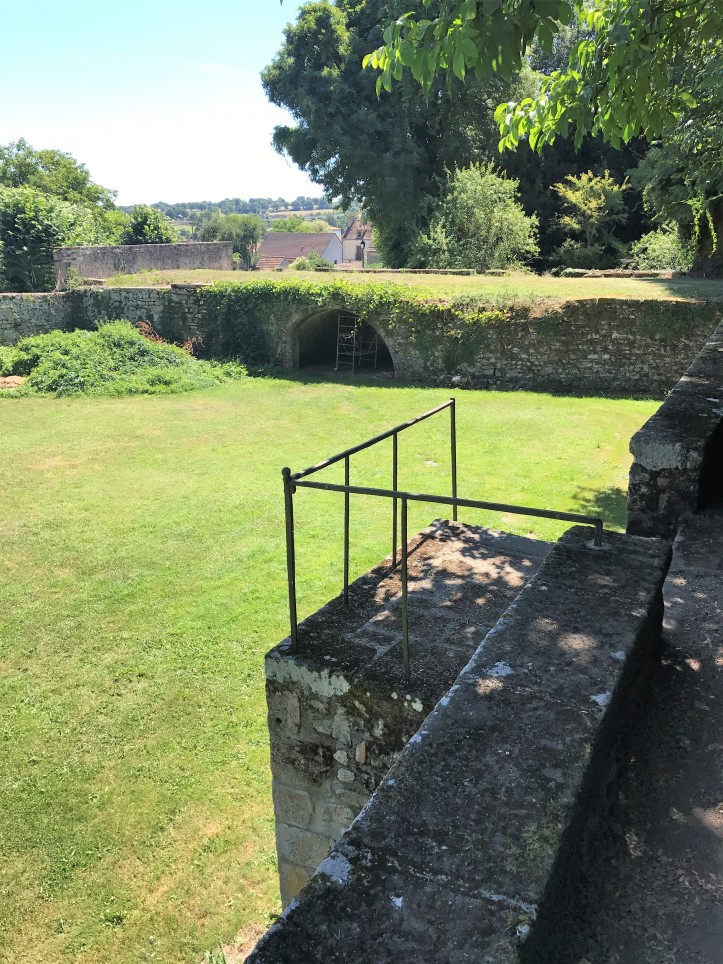 Outside we had a picnic lunch in the garden where ruined remnants of the Clunianc Priory grew up around the remains of the saints. 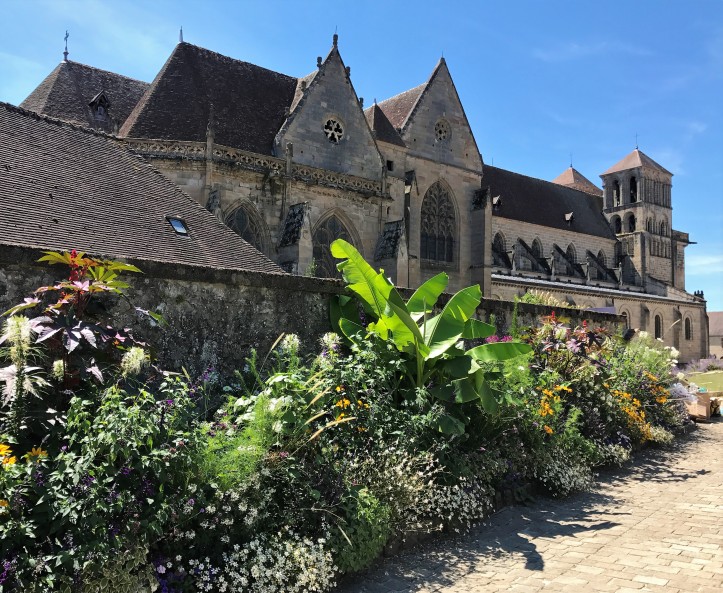 A walk around town did not reveal any restaurants that invited us so we decided to move on to the Chateau where we would spend the night. 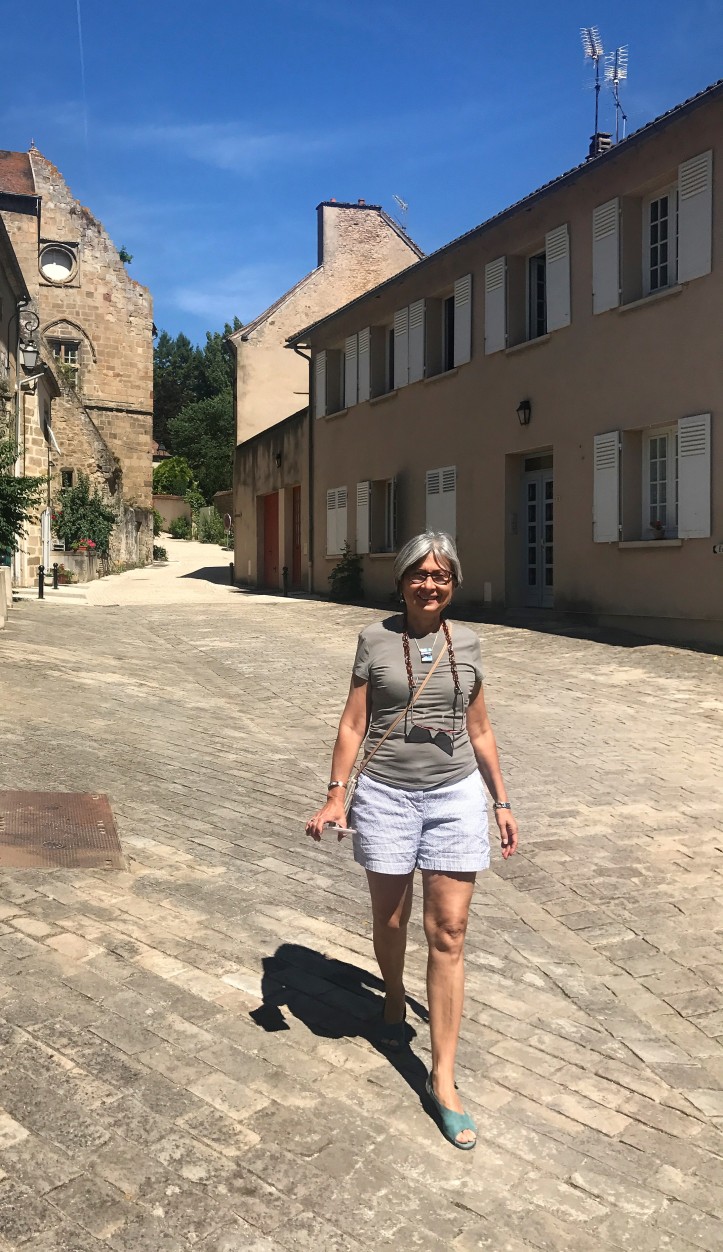